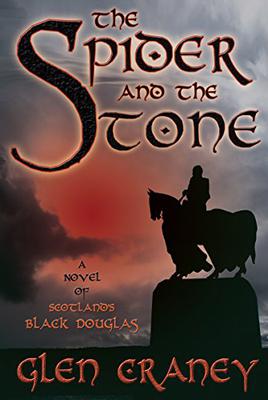 The Spider and the Stone: A Novel of Scotland's Black Douglas

See more by Glen Craney
Get it now

A native Hoosier, GLEN CRANEY is a novelist, screenwriter, journalist, and lawyer. He caught the history bug as a boy while tracing the steps of his ancestors on Civil War battlefields and the reconstructed forts of the first Kentucky pioneers.

His travels around the world have found him playing baseball in Cuba, walking the biblical sites of Israel, exploring the Secret Vatican Archives in Rome, and climbing Templar castles in Scotland and France. His books have taken readers to Occitania during the Albigensian Crusade, to the Scotland of Robert the Bruce, to Portugal during the Age of Discovery, to the trenches of France during World War I, and to the American Hoovervilles of the Great Depression.

He graduated from Hanover College with a major in history and holds graduate degrees from Indiana University School of Law-Indianapolis and Columbia University's Graduate School of Journalism. After a stint as a trial lawyer, he joined the Washington, D.C. press corps to report on national politics and the Iran-contra trial for Congressional Quarterly magazine. He then moved to California to write movie scripts, and his feature screenplay, Whisper the Wind, about the Navajo codetalkers of World War II, was awarded the Nicholl Fellowship Prize by the Academy of Motion Pictures, Arts and Sciences for best new screenwriting.

With the encouragement of his mentor, Hollywood legend Harry Essex, he tried his hand at historical fiction and mystery-thrillers, and has never looked back. His debut historical novel, The Fire and the Light, was named Best New Fiction by the National Indie Excellence Awards. He is also a three-time indieBRAG Medallion Honoree, a Chaucer Award First-Place Winner, a three-time Foreword Reviews Book-of-the-Year Award Finalist, a Scéal Mystery-Thriller Award Finalist, a Nautilus Silver Award Winner, an IPPY Silver Award Winner, an Eric Hoffer Finalist and Honorable Mention Winner, a Da Vinci Eye Award Finalist, and a BTS Readers Choice Award Honorable Mention.