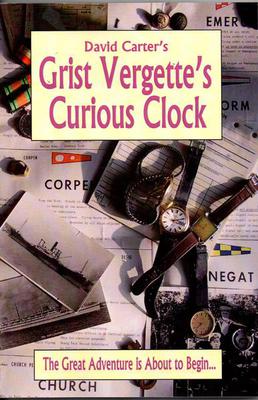 See more by David Carter
Get it now

David Carter lives in the south of England and has written more than 20 books including a series of murder/mysteries featuring his detective Inspector Walter Darriteau based in Chester, Merseyside, Liverpool, and North Wales.

If you’re interested in this genre look out for The Murder Diaries - Seven Times Over, The Sound of Sirens, The Twelfth Apostle and Kissing a Killer, aIl featuring Walter Darriteau.

David has also written a male equivalent chicklit novel dubbed “manlit” by some. The Life and Loves of Gringo Greene features a character who doesn’t treat women well and it comes back to haunt him.

Margaret Henderson Smith, a seasoned writer in her own right, wrote about Gringo Greene:

In its easy style it simply bounces along, every page sheer entertainment, compulsively turned, but at the same time I found myself grateful for the sheer length of this chunky, fun-filled book because I never wanted to reach the end. I feel sure readers will be hankering after a sequel, or a prequel as Carter puts it and I hope the author will oblige.

From the start, the reader readily engages with the characters, the context, the setting, the story. With its low-key running plot gradually stepping up as the story progresses, Carter has the balance just right for he allows no distraction from each of Gringo’s lover’s own tales. This has got to be one of the most fascinating books I've ever read, for Carter has the knack of placing the reader in the thick of it. One is hardly aware one is reading, the experience of interacting with the characters is strangely powerful, and I read this with the ease of watching a film.

I congratulate the author on this work for it takes a very clever author to be able to hold the reader’s fascination continuously in this way. He has created a superb male `slick-lit’ character in Gringo Greene and the work has much to commend it. Within its genre, it’s one of the best books I’ve ever read and it goes without saying I highly recommend it.

David’s aim is to release one full-length novel every year, though two would be nice! There’s a much-requested sequel to Gringo Greene in the offing, time permitting. Read more on David’s books and see lots of reviews at: www.davidcarterbooks.co.uk